The Druitt family descended from PHILLIP who died in Wimborne in 1736. His profession was surgeon, as were his sons Thomas, and SACHEVERELL born 1719. From him descend Phillip in 1744, surgeon, and THOMAS in 1756, also a surgeon.

In 1784 Thomas Druitt married Mary GUTCH, daughter of the Headmaster of the Grammar School at the time, Robert Gutch.  They had a son ROBERT in December 1784  and he married Jane MAYO, whose father JAMES was the next Headmaster, in 1813.

From this union was born the next ROBERT in 1814, who was destined to become one the most eminent medical men of his time. He is the first Druitt who we know for certain attended the Grammar school, whence he went at the age of 16 to Winchester Hospital under the tutelage of Charles Mayo. 1834 finds him at Middlesex Hospital enrolled as a medical student at Kings College. He was elected to the Royal College of Surgeons in 1835, and a short time afterwards, in 1839, his book The Surgeon's Vade Mecum was published. It had enormous success, going to 11 editions by 1878 and selling over 40,000 copies. He was a member of many societies and contributed much to public hygiene and research, dying in 1883. 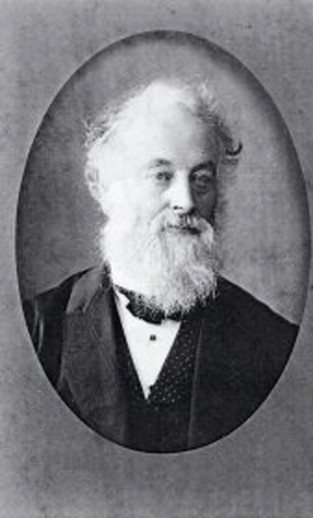 His brother JAMES, who left a memoir of his life, including his education at the free Grammar School in Wimborne, played a long and distinguished part in the development of Bournemouth. When a Board of Commissioners was set up to carry forward the construction of the town, he was appointed its Clerk. In this capacity he was engaged between 1861 and 1877. In addition, he was a leading personality in Christchurch, of which town he was Mayor 5 times. His son, also JAMES,  also an Old Winburnian, took over the Clerkship from 1877 to 1890, and was appointed the first Town Clerk of the Borough of Bournemouth, becoming Mayor in the year 1914.

Picture below by permission of Bournemouth Library

In his memoir he lists boys who were with him in the 1820's.
A son of Sir James Hanham
His brothers Tom and Robert Druitt
Henry Place and brother, sons of Rector of Hampreston
Frederick Blount and Ralph sons of Minster organist
3 sons of Mr Rowe the surgeon
Sons of Captain Patey of Canford
House, from the village of Anderson
The West brothers  from Poole
Henry and Edward Hill
Purkiss, from Stony Cross
Edward Evans
John Carnegie
Brigham Charles Castleman
Spears
W P Jolliffe
the following are from Christchurch:
Goddard (more than one), Jeans, Tom Sanderson,   Rumby, Dawe, Endby, Benjamin Ferrey. 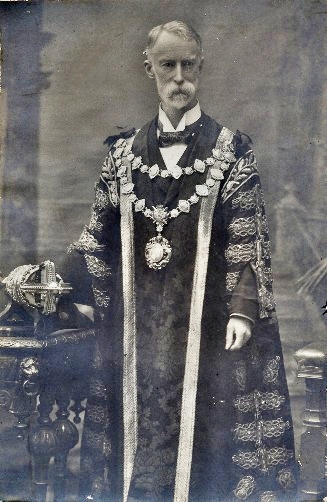